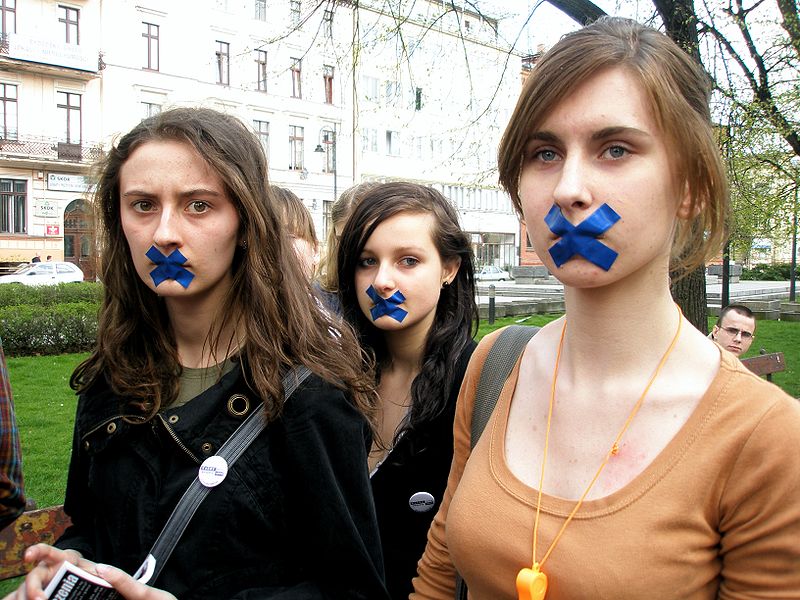 2015 was a good year for Poland’s main conservative party Law and Justice. In May Andrzej Duda was elected president, in October the party won the majority of mandates in both houses of parliament and in November Beata Szydło became prime minister. When it comes to social issues Law and Justice is a very right-wing party, openly pro-church and supportive of what is often referred to as “family values”. The last year was unsurprisingly pretty rough for the LGBT+ community. Let us focus on the most recent events.

In June the Council of the European Union issued its conclusions regarding the LGBTI issues in Europe where it underlined that LGBTI rights are human rights and urged member states to take action against discrimination of LGBTI people. As a result, the Polish parliament issued a critical opinion regarding these conclusions which stated that moral disapproval of homosexual acts should not be regarded as discrimination or phobia since this would infringe on freedom of conscience and that Poland should defend the values of a monogamous family.

The night before the Equality March in Poznań all rainbow flags decorating the city were stolen.

The UN Human Rights Committee displayed concern about discrimination based on sexuality becoming increasingly visible in Poland and recommended that Poland analyze the legal status of same-sex parents in the country. The situation of same-sex couples and parents in Poland is currently not regulated in any way, civil partnerships and marriages are also not legal.

An amendment to the Polish Penal Code offering protection against violence and discrimination based on gender, gender identity, sexual orientation, age and disability drafted by the party .Nowoczesna was recently rejected in the Polish parliament.

Rainbow Friday, an anti-discrimination LGBT+ day in schools was loudly protested by right-wing parties and media, while Ordo Iuris, a conservative organization (famous for recently drafting a very strict anti-abortion bill) promised it would help parents sue the participating schools and headmasters.

During the Independence March on 11/11, an annual “celebration” of racism and anti-immigrant agenda, some rainbow flags were burned along Ukrainian ones. One of our volunteers was coming back from another event that day and a paper rainbow flag she was carrying was torn by a man dressed in Polish national colors.

All these incidents are only recent displays of hatred against LGBT+ people. However, paradoxically, in the light of these homo- and transphobic tendencies some groups, both political and non-governmental, decided to take action.

The rainbow flags stolen in Poznań were previously hung there by the city and afterwards all of them were replaced. The president of Poznań not only attended but also made a speech at the beginning of a (truly fabulous) march that followed.

The Rainbow Friday could not have been protested and criticized if it hadn’t first been organized. 75 schools volunteered to participate in the anti-discrimination event organized by a non-governmental organization KPH (Campaign Against Homophobia).

This year, apart from the annual Independence March, an anti-fascist march went through the streets of Warsaw, calling for respect, solidarity and equal treatment. Several rainbow flags were proudly displayed during the march.

A newly emerged political party Razem has issued a statement on LGBT+ rights in Poland and openly speaks out against discrimination.

Lastly let’s not forget that a large group of diverse parties, organizations and individuals is already working hard to prepare Warsaw’s Equality Parade 2017. Be there.